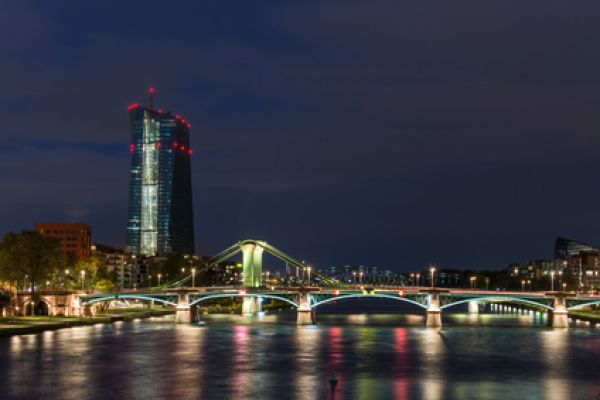 The European Central Bank has decided not to raise interest rates.

High inflation in the European Union, fears of inflation and the economic fallout from the Ukraine war have fueled speculation about interest rate hikes. The European Central Bank has now decided to leave interest rates at zero percent. In the USA and Great Britain, the key interest rate has already been raised by the central banks.

Inflation in the Eurozone

Prices are constantly increasing in the European Union. In Germany, prices rose by a total of 7.3% year-on-year. Fuels are particularly affected - they are up 50%, gas is up 42%, but food prices are also going in one direction, with vegetable prices up 15% overall. These price increases hit those in the lower income brackets the hardest. The ECB would counteract this by raising the key interest rate.

The most important task of the European Central Bank is price stability in the euro area. At the same time, however, the ECB is fueling inflation by pursuing an expansive monetary policy and buying government bonds. It seems that the ECB has ignored inflation for far too long, focusing mainly on keeping interest rates low to ensure favorable financing conditions for all countries in the euro area. The ECB has now announced that it will stop buying billions of bonds in the third quarter of 2022.

How will the euro exchange rate develop?

Since the 2008 financial crisis, the European Central Bank has struggled to get out of crisis mode. With interest rates low, she finds herself in a quandary and is hesitant to make decisions. With today's step, however, she has not heralded a turning point. However, interest rate increases in the future cannot be ruled out. It remains to be seen how the Swiss National Bank will react to this. From a purely monetary policy perspective, this would mean a weakening of the Swiss franc over the short term. However, it cannot be ruled out that the markets have already anticipated this step and discounted the halt to bond purchases. From this perspective, it is difficult to assess how the ECB's decision on the euro exchange rate in relation to the Swiss franc will develop, as well as whether the Swiss National Bank will react and announce an interest rate hike in Switzerland. However, this will not be decided until the next meeting in June.