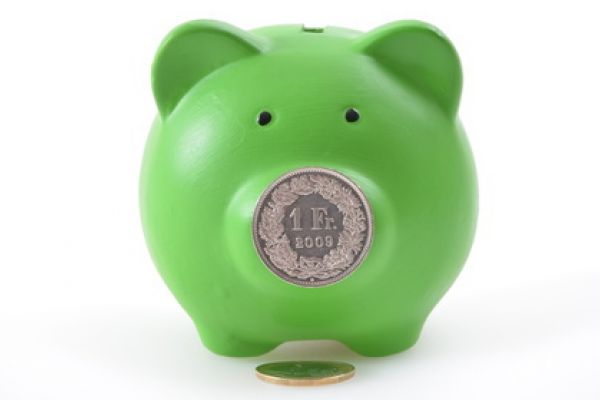 Commercial Banks Not Doing That Bad in Spite of Negative Rates

Commercial banks are not doing that bad considering the negative interest rates that are deeply affecting, for instance, the stock market. Swiss banks in 2018 recorded higher operating income, though assets under management shrank a bit. There are though concerns for the future due to global economic situation.

As negative interest rate is here to stay – with the National Bank of Switzerland trying to stop the Swiss franc from being overvalued in exchange rate against other currencies – the prosperity of commercial banks in the country is bound to get affected. Banks’ profit margins are being harmed by the negative rates. There is little place to manoeuvre and they are left often with the only option – passing the negative rates to their customers. As the Banking Barometer 2019 report shows last year in total the financial institutions lost CHF 2 billion due to negative interest rates.

The Operating Income for 2018

However so far it looks like commercial banks have managed to somehow do pretty well in spite of negative interest rates. Financial results for last year for the market show that banks kept on recording profits. In total the operating income of all commercial banks licensed to operate in Switzerland went up by 4.6% year-on-year reaching CHF 65.3 billion. Consolidated profit increased by as much as 17.3% to the level of CHF 11.5 billion. Such data shows that private banks are in much better condition than back in 2008 during the financial crisis.

Not so splendid were the assets under management results – last year value of these went down by 4.8% to the total value for all banks of CHF 6,943 billion. The drop is mainly contributed due to the decline of the stock markets at the end of 2018. This meant that managed assets were reduced. One third of assets under management is coming from foreign wealth. Foreign investors still value Switzerland very much, and the country is at the top of world ranking of managing foreign assets. It has an astonishing 27% share in this market.

Foreigners still believe very much in Swiss banking sector and are not becoming fazed by any internal banking scandals or even multinational court cases (like UBS one in France). Investors from abroad like to buy Swiss francs as safe haven asset and also to stock deposits in Switzerland. In last five years – from 2013 to 2018 – total volume of foreign assets in Swiss commercial banks rose to CHF 2,270 billion from CHF 1,970 billion. The decline is only observed in the European market, from which foreign assets volume dropped by CHF 95 billion. However, the value of European customers’ deposits went up.

Concerns of What Is Ahead

Despite such good results for last year there are concerns of what lies ahead for commercial banks. The global economic slowdown and the euro zone economic woes are causing tension on the market. Not to mention the ongoing negotiations over Brexit and the trade war between China and the US. There is one area, though, in which bankers remain optimists – the stability of jobs in the sector. Years-long period of restructuring and cutting jobs seem to be over and there is expected stability in the number of jobs in the second half of 2019.

Commercial banks continue to make most of their profits by charging high transaction costs to their customers. This is usual when changing money. If you want to change francs to euros, you have to pay up to 3% margin in a commercial bank. At ExchangeMarket.ch, we want to offer an alternative where our customers can buy euro at a much better euro exchange rate.

If you would like to compare the EUR CHF exchange rate of commercial banks and that of ExchangeMarket.ch, use our currency converter.