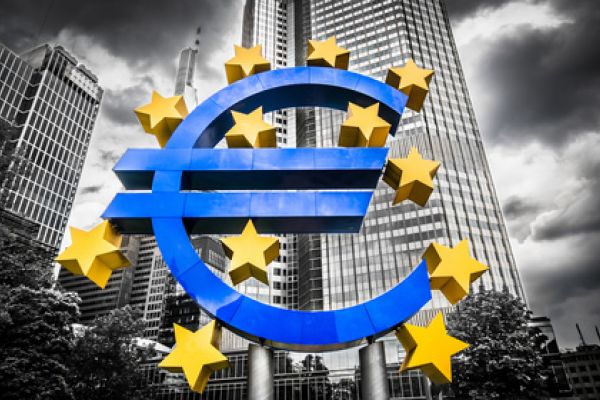 The euro has edged higher on Monday against the US dollar as its exchange rate got trigged by good news from Germany. There was a report stating that Germany plans to boost fiscal stimulus. However, the upcoming ECB meeting put a stop to better euro growths.

Euro Gained after News from Germany

There was a report on Germany’s plan to boost fiscal stimulus which would mean other governments in region can follow suit and help economic growth. Germany reportedly considers creating a so-called shadow budget that would enable to make more investments in public sphere beyond the budget restricted by debt rules. The idea is to set up independent economic entities that would have zero borrowing costs while taking new debts for financing investments in climate protection or infrastructure areas. At the same time the country’s budget would remain balanced. This means that the euro would get a boost, whereas the US dollar’s exchange rate might be in hot water. Reuters first reported this news on Germany’s supposed plans. It made investors satisfied and they start to buy euros. The common currency went up by 0.18% during the day hitting USD 1.1047. Previously it traded as low as on the level of USD 1.1014.

Waiting for the ECB’s Meeting

Gains would have been higher if it wasn’t for one particular event on the horizon – the European Central Bank’s upcoming meeting on Thursday. There are high expectations for this meeting with the market hoping for new monetary stimulus plan. Expectations ahead of the meeting capped the euro exchange rate gains. By default, it is foreseen that the euro will be negatively influenced as analysts claim simply resuming the bond purchase program won’t do a trick. The ECB does not have many actions left to undertake and generally the monetary policy has stopped being effective on the continent. However, there is one scenario in which the euro exchange rate will go up after Thursday – if the ECB is not as gentle as market foresees and instead it will put on a bolder stance.

Questions to Be Answered

This week’s ECB meeting is going to be one of the most anticipated in years with a few questions waiting to be answered. First of all, everyone wonders how low can rates go. It is expected that the ECB will cut rates, but the questions is how much. Generally, the market expects a 10 basis point cut which would put the deposit rate in the -0.50% position. Such cut would be the first in more than 3 years. The next issue is the QE restart. It is almost certain as 90% of economist claim the quantitative easing program will be back. In what scale? Probably monthly asset purchase would be valued at 30 billion euros. New stimulus program was signaled in many ways as global trade war is casting shadow over the economic growth, and Germany heads into the recession, not to mention Brexit is shaping up as rather chaotic and drastic. The announcement of new QE initiative would be one of the last decisions made by the current ECB’s chief – Mario Draghi is ending his term on Oct. 31.