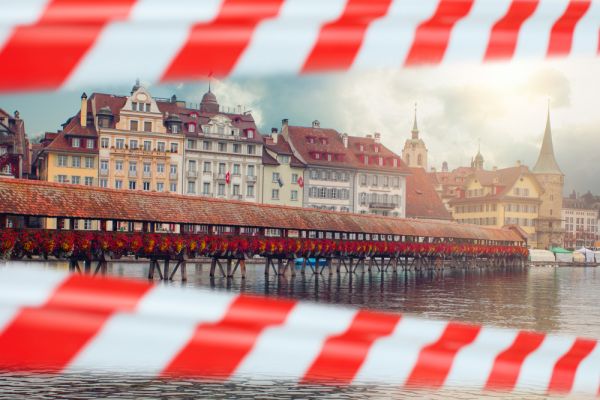 CHF Weaker as Vaccination Programme Is Scaled Down

Swiss franc exchange rate got weaker this week as vaccinations programme is scaled down due to delays in delivery from manufacturers.

Swiss franc was among these currencies, together with euro, Japanese yen, that started February with weaker exchange rates. US dollar is now getting stronger on the market, as it looks United States is getting advantage over European countries in progressing of vaccination programme against COVID-19 and thus prospects of economic recovery. The index measuring dollars performance versus other currencies went up by 0.37%, while euro fall by 0.57%, and versus Swiss franc USD strengthen by 0.66%. When it comes to eurozone currency the factor influencing its worse exchange rate was an unexpected drop in German retail sales – by 9.6% in December. Strict lockdown in the country has smothered consumer spending even around Christmas time.

Vaccination Not According to Plan

Swiss currency might be suffering a blow due to the fact that vaccination programme won’t go as planned. Delays in delivery across whole Europe means in February only half of people previously scheduled to receive the shot will be vaccinated. The schedule of vaccinations was quietly changed by the federal Swiss government. According to new target 650,000 vaccinations should be possible this month, with previous goal set at 1.3 million. The target was changed after Pfizer/BioNTech and Moderna announced there will be delays in deliveries. So far only 260,000 people have received at least one dose of COVID-19 vaccine. On January 21, Interior Minister Alain Barset said 525 doses per day for every 100,000 people will be delivered in February, form Monday to Sunday. But now the confidential letter sent form the federal health office to the cantons, as reported by newspapers, ordered scaling down to distributing 380 shots for every 100,000 people and only from Monday to Friday. Calculations shows that together with already stored reserves, the number of doses in February will amount to 450,000, sill short of revised 650,000 target. Barset claims though that by the summer everyone who wants will get vaccinated, even taking into the account February setback in the programme. As economists calculated, every day Switzerland lose CHF100 with situation far from normalized.

Meanwhile some better news came from purchasing managers’ index (PMI) report for January. Last month the Swiss manufacturing sector manage to expand despite lockdown introduced once again to curb spreading of the virus. The PMI was at 59.4 point, 2.1 points higher than in December 2020. It means not only manufacturing sector is still growing, but it is expanding further, not bothered by second wave of cases or new restrictions. As survey shows the second wave of coronavirus is not having such a great impact on investments as the first one had. Service sector is obviously experiencing a slowdown, as it is based highly on domestic consumption, but it is not expected to be as significant as the one reported back in spring 2020.