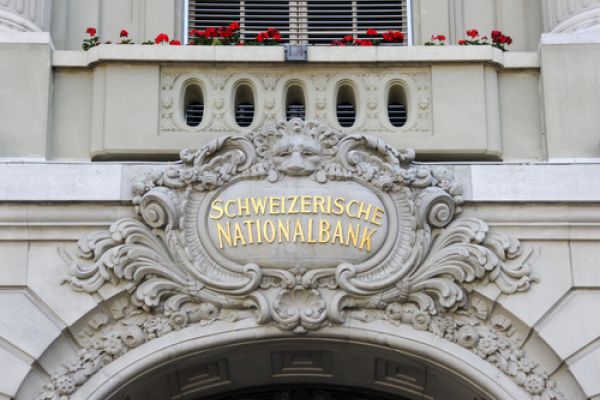 Thomas Jordan, the chairman of the Swiss National Bank, reiterated that the bank won’t change its monetary policy due to the fact being called a currency manipulator by US.

Thomas Jordan offered his comments on the SNB policy and situation regarding currency manipulator controversy in an interview with SRF TV during show ECO. According to the chairman both negative interest rates and interventions on foreign exchange rates market are vital to keep CHF from getting too expensive. The fact that Switzerland was named a currency manipulator by US Treasury at the end for last year has no influence on the SNB’s stance: “This designation by the Americans will have no influence on our monetary policy,” stated Jordan. “At the moment, these foreign exchange interventions are very important because we have seen great pressure on the franc, especially in the COVID crisis,” he added, while also stating that Switzerland was “anything but a currency manipulator”. Jordan remined that over last 12 years the exchange rate of Swiss franc has been appreciating and inflation was very low. This is forcing the bank to intervene heavily on foreign rates market, especially recently when difficult times make investor buy Swiss francs in great volumes. CHF is considered one of best safe haven assets. In 2020 from January to October the SNB spend as much as 100 billion Swiss francs on interventions. Jordan said he has not spoken yet to US Treasury secretary Janet Yellen, but talks will take place on political and technical level between two countries to explain what Switzerland position on the matter is.

When Interest Rates Will Be Raised?

Jordan also offered some comments on whether interest rates will be raised, and when. He said he is not a fan of such record low, negative interest rates, but the SNB has no choice, as elsewhere around the world interest are low. If the SNB decides now to raise interest rate from level of minus 0.75%, the exchange rate of Swiss franc would drastically go up, leaving Swiss economy in troubles. “We have to ... pursue a sensible monetary policy in the overall interest of the country. At the moment, unfortunately, that means that these interest rates are very low. As soon as possible, we will raise interest rates”, declared Jordan.

The SNB Payout to Govt

In other SNB-related news, the bank will pay a whooping amount of CHF6 billion (around USD6.7 billion as per average exchange rate lately) per year, as agreed in a revised deal regarding the profit generated from reserves in foreign exchange. The base amount will be 2 billion Swiss francs per year for the federal government and cantons. If in a given year the profit is enough, the SNB will add another 4 billion Swiss francs. For 2020 the full 6 billion Swiss francs will be distributed. Previously it was announced that CHF4 billion will be handed over to the government and cantons by the SNB. The new agreement is valid until 2025.