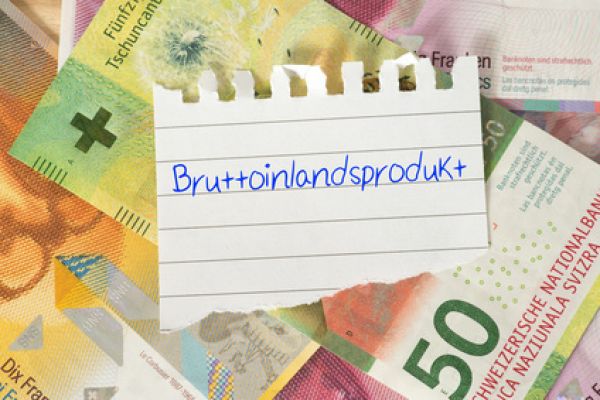 Swiss economy to expand by 2 percent in 2018

Swiss economy is predicted to expand by 2 percent this year by cautions calculations made by the Swiss National Bank. This will mean its fastest progress in 4 years. Additionally, the surplus forecast for financial year 2018 is now projected at CHF 2 billion, better than previously estimated data.

Economy is on the growth

The Swiss economy is growing. The SNB predicts that it will this year by 2 percent, the fastest pace since 2014. It is mainly due to weaker Swiss Franc as well as a generally better economic situation on the whole continent. Also, this summer the weather was gracious for tourism – hot summer means more tourists and better profits in this sector, that remains an important part of the country’s economy. Unemployment rate, as seasonally adjusted, is at 2.6 percent – the lowest score in a decade. The SNB’s predictions of economic growth are cautions so far, but if this scenario will come to life, also the surplus forecast should be accurate. Based on the good economic growth predictions, the surplus forecast was adjusted to CHF 2 billion – a figure higher than earlier estimates. Based on current data, the Swiss government sees additional CHF 1.3 billion of revenue, due to more value added tax of CHF 200 million, federal taxes and withholding taxes – both of CHF 500 million. Better tax collection values are strictly connected to economic growth. At this moment, the Swiss GDP is predicted to be up by 3 percent – previously expectations were of 2.8 percent. Cost savings are expected to be at CHF 700 million, that shall also contribute to the budget surplus. Savings will be driven by decrease in social assistance paid to asylum seekers – CHF 79 million, as there were fewer claims this year so far. Also, there will a drop in operating expenses generated by federal asylum centers – due to lower number of their residents – of CHF 54 million.

Still all the above data are only cautions forecasts. The SNB and government is still uncertain on withholding tax collection result, as it could significantly vary. The claims are filed only in the second half of the year. Additionally, the economy in Switzerland highly rely on general situation in the world. As swiss currency is considered a safe haven, whenever there are issues concerning other currencies, investors rush to buy Swiss Francs. That leads to higher exchange rate and as a result stronger Swiss Franc is hurting the economy. Tourists don’t arrive due to high prices and export is suffering in vast manner.

Being the safest in the world – and one of the strongest – economy is a bittersweet feeling for Switzerland. On the one hand, its reputation is the country’s brand and something that allows huge inflow of foreign assets. On the other hand, the stronger currency means worse export and lower competitiveness of tourism. Also, the haven effect could lose its appeal anytime. When the “Frankenschock” happened in 2015, Switzerland lost a huge part of its prestige as the SNB cap the value of CHF versus EUR exchange rate. Back then, the interest rates were lowered to -0.75 percent, the level on which they have remained ever since. It is one of the lowest rates on the globe. The market interventions made SNBs balance sheet swollen to CHF 830 billion. Even though the economy is progressing, the SNB doesn’t see a need so far to hike rates. There is a strong belief that the central bank would have to make some bold move if crisis was to return – looking at a bit unsteady political situation in the Europe (Italy for instance), Brexit turmoil or US unpredictability, anything can happen.