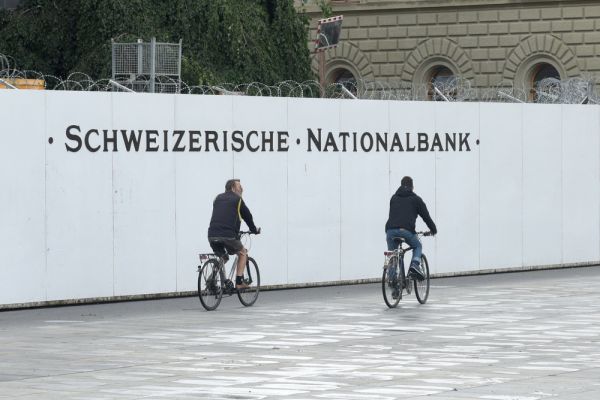 The SNB President Thomas Jordan made some comments on Swiss fiscal policy and strong Swiss franc exchange rate, as well as its reference to euro, in a few interviews. He stated that the SNB has no choice but to keep negative interest rates.

No Choice But to Keep Rates

In one of the newspaper Jordan was cited as saying that the Swiss National Bank has no other choice but to keep its very expansive fiscal policy, as it helps put pressure on the overvalued Swiss franc, that as one of the safe haven asset is very often sought by investors that especially tend to buy Swiss francs in times of trouble. Current coronavirus crisis is putting even more pressure on CHF exchange rate and triggering its appreciation. Additionally, Jordan stated that the SNB is not happy that it charges commercial banks for keeping money at central deposits overnight due to the negative interest rates of record level of minus 0.75, but claims the SNB has no choice. The bank would increase rates, but only if circumstance are proper for that. According to Jordan currently lifting the lowest rates in the world is out of the question. “We unfortunately have no choice but to maintain the negative interest rate. Without it, we would be in a much more difficult situation now.” – the SNB’s President said. He added that: “The Swiss franc would be massively more attractive and the financing conditions for the Swiss economy would be much worse”, if the negative rates were lifted, as now they are necessary to “avert major damage to Switzerland.” What is more, Jordan does not rule out changing rates to even lower, as he claims that “We still have room to manoeuvre if necessary, but today we are focusing on interventions on the foreign exchange market to limit the pressure on the franc.”

The foreign interventions are one of the main resources that the SNB use to stop CHF exchange rate from getting even more overappreciated. Jordan admitted that the SNB is stepping up purchases on foreign markets to stop the Swiss franc from getting more expensive: “We have emphasized several times ... we are active in the foreign exchange markets to reduce the pressure on the Swiss franc.” Jordan added that: “We deliberately never report our transactions in detail, but I would like to emphasise that we are making a substantial commitment.” Very high exchange rate of CHF is hurting Swiss economy that is oriented on export, so preventive measures from strengthening CHF need to be implemented. “The appreciation on the franc as a safe haven has become enormous,” Jordan confirmed. “Without the SNB’s monetary policy we would see a completely different franc exchange rate in the current situation.” – concluded the President. The SNB is making lots of interventions on foreign market, but it has no plans to add to its gold stock, that currently stand at 1,040 tones.

There are opinions that the SNB is trying to defence EUR/CHF exchange rate from getting below 1.05 to the franc, but Jordan dismissed that claim in another interviews.  “We do not defend a specific course against the euro. To carry out its mandate and in its assessment, the SNB takes into account the situation for all currencies,” he said. The Swiss franc exchange rate has went up to the highest level against the euro recently since July 2015. Meanwhile sight deposits at the SNB have risen this year by nearly 77 billion Swiss francs, which is always a proxy of the SNB interventions. Jordan estimates that the coronavirus lockdown is limiting Swiss economic activity to 70-80%, which costs the country CHF11-17 billion each month.