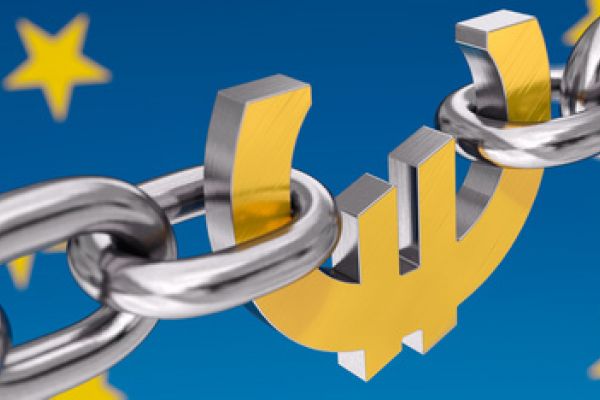 On Tuesday euro’s exchange rate went down by 0.7% to 1.0826 dollars. Altogether its exchange rate fell by more than 5% after it recorded one-year highs, hitting 1.15 dollars in March. Currently, the euro price is on track to the biggest single drop since the beginning of the month, as Refinitiv data shows. Experts recommend investors to buy euros in short position, as the exchange rate EUR/USD is predicted to fall down to 1.06 dollars in next months.

What Hurts the Euro?

A direct factor that triggered lower exchange rate of euro was a ruling of the German constitutional court that the Bundesbank must cease to buy government bonds unless there are proofs provided by the European Central Bank that such action is required and needed. This decision is not in line with the ECB’s strategy to fight economic crisis caused by the pandemic. The eurozone central bank sketched a 75-billion euro plan including buying bonds in an aggressive manner. The ruling of the German court has made markets unsteady, as investors are not eager to accept any situation that prove the ECB can’t patched up things. So far it is not clear what the decision will mean for the ECB’s programme and the European economy, but uncertainty is not something welcomed by financial markets. Thus, EUR exchange rate went down. Additionally, euro was hurt by large long position that put pressure on investors to sell euros rather than to buy euros. Bets that euro will get better were at the highest level in almost two years.

As the euro dropped, and USD went up against it for the second day in a row, it triggered better position of USD index measuring its exchange rate against six major other currencies. Index rose on Tuesday to 99.91 points by 0.4%. The USD good price was supported also by US President Donald Trump that verbally attacked China, which sparks speculation a new trade war might be soon ignited. In USA situation with quantitative easing is better, as FED can announce such programme without fears that US states will oppose it, as it happens with the European countries that can oppose the ECB – in recent case of Germany.

Other Currencies and Commodities

In other news, the Australian dollar went up by 64 cents to 0.6454 dollars when the Reserve Bank of Australia dumped its targets for cash rates but left unchanged at 0.25% yields for government bond of three years. Also, the Australian economy is predicted to suffer biggest ever contraction for H1 of this year due to the coronavirus and imposed lockdown. In China and Japan trading was suspended due to holidays, but in the offshore trading yuan rose to 7.1195 per dollar, which saw its exchange rate recovering from the lowest point in six weeks – price of 7.1560 touched in the previous sessions. Still it was below the range of last month.  Brent oil rose by 5% whereas US crude by 6.6% due to many countries easing lockdowns like Italy, Finland or few US states. It triggered better prices of currencies linked to commodities, mainly the Norwegian crown.