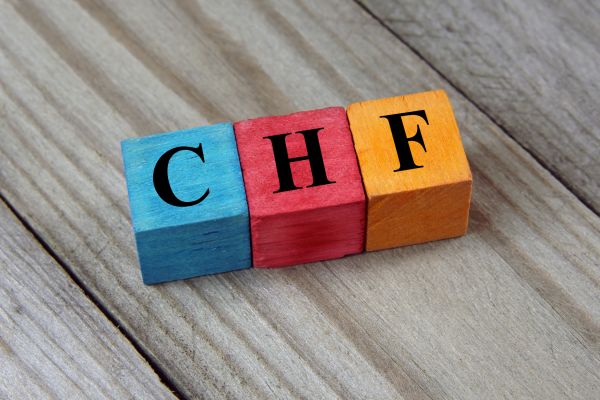 Appetite For CHF and Safe-Haven Currencies

CHF exchange rate was steady on Tuesday as investors have appetite now for safe-haven assets, instead of riskier ones.

Both Swiss franc and Japanese yen, two of the most popular safe-haven assets, have good exchange rates on Tuesday as investors were not in mood to make risky investments. The CHF exchange rate was at 1.0745 francs versus the euro and 0.9124 francs versus the US dollar. The CHF/EUR exchange rate was close to the nine month high it hit earlier this month. Also, the US dollar, considered a safe-haven currency as well, held firm. The causes for investors’ mood to buy Swiss francs and other currencies were few. Firstly, the spread of the new COVID-19 variant, the Delta one. Secondly, the disappointing economic data coming from China. Thirdly, the difficult situation in Afghanistan, where the Taliban seized the power.

The fact that the EUR/CHF is hitting some new lows this summer is one of the standout moves on forex market, which is other than that quite stable recently. CHF is normally strong, but nowadays the ECB policy seem to impact EUR rate which additionally trigger higher CHF rate. In March the EUR/CHF was trading at good level of 1.1150, but then it hit some disappointing path. It is worth to note though that Switzerland’s low inflation means the real CHF value might 4% below the highs known from 2015. Meanwhile the sharp decrease of real EUR rates during summer might be contributed to the market believing that either the European Central Bank will keep nominal rate lower for longer period or that its reflection strategy it is working. The ECB is continuously expanding its balance sheet, while the SNB keeps its policy of low interest rates and lot of FX interventions. The SNB has not sufficient assets on domestic market to make successful QE as the ECB does.

What is Next for CHF Exchange Rate?

When the SNB gets concerned that the CHF exchange rate is too strong it normally intervenes on forex market. Some experts believe the bank tolerance for the EUR/CHF price is now at 1.03 before it makes some aggressive moves on FX market, as this point is nearer the real-trade weighted CHF. Other point to 1.05 or even 1.07. The first one is close to last year’s low. Some signals on where is the SNB’s policy heading might be offered after next meeting schedule for 23rd Sept. Anyway, long-term perspective of stronger EUR/CHF exchange rate is now pushed back to 2022, after the possible turn in the ECB cycle.