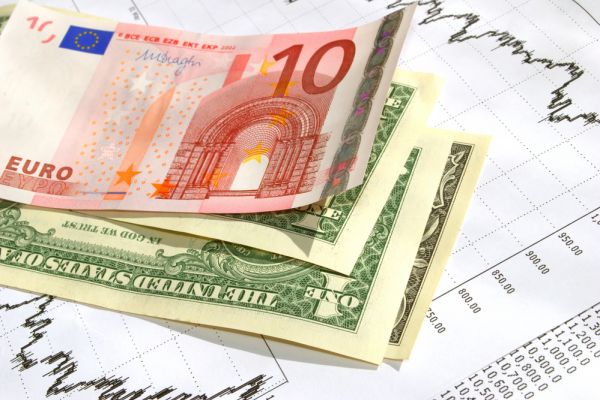 USD Rallies as Nervous Situation with Virus Supports It

As the coronavirus pandemic is spreading across the world and hitting hard Europe and the US now, the US dollar rallies against all major currencies and emerging markets’ currencies.

The US dollar recovered against both major currencies and in exchange rates with emerging markets’ currencies, as nervous situation around the coronavirus supports USD. Investors are bracing for hard times and further uncertainty. Governments around the world tighten restrictions and lockdowns in a bid to stop spreading the coronavirus. Also many of them launches some economic aid packages to help economy and business hurt vastly by lockdowns. On Monday the US index measuring its exchange rates against six other currencies rose by 0.9% to 99.17. Apart from the turmoil connected to the coronavirus around the world, also the end of month portfolio rebalancing is supporting USD high exchange rate.

Over the last two weeks USD has recorded its biggest weekly rise in 12 years – last time it happened during 2008 financial crisis. Back then investors chose the most liquid currency, just as they do now. After financial crisis, in 2009, USD had the biggest weekly decline. In these past weeks USD rallied against almost every currency. Banks and companies decided not to buy euro or other currencies, but US dollars that are liquid and can be used to pay creditors, suppliers or trade partners. US dollar is used in up to 90% of FX transactions, and thus spike in USD exchange rates is bad news. It means rapidly tightening financial conditions and stressing problems that policymakers are trying to prevent. After March 23 the surge has faded a bit when the US Federal Reserve cut interest rates. The FED injected trillions of dollars to the financial system.

In other currencies news, the EUR exchange rate went down by more than 1% against the US dollar to 1.1026 dollars. British pound went down by 0.8% to 1.2384 dollars. The Japanese yen considered one of safe haven assets, rose a bit, triggering dollar down by 0.1% to 107.81 dollars. The USD went up 0.4% against the offshore Chinese yuan to 7.1131. The move was made after the People’s Bank of China cut interest rates in a rather unexpected decision, by 20 points. The Australian dollar dropped sharply against the USD but later it recovered and traded down by 0.3% at 0.6149 dollars.

The GBP, AUD, EUR exchange rate went all lower after a bit of rebound followed by FED cut of rates aimed at stopping so much rush to buy USD by investors. Also other central banks are becoming a bit active, like in Singapore, planning easing of their policies.

Meanwhile the FX market remains mostly under the influence of the coronavirus pandemic, as economic world is worried about impact of lockdowns. On Monday exchange rates movements wee relatively small considering the risky vibe. In China the situation is getting better, also finally Italy is improving, but cases in Spain are on the rise, same in US and UK. Global number of deaths hit 34,000, in the US alone there are more than 141,000 cases and 2,400 deaths.