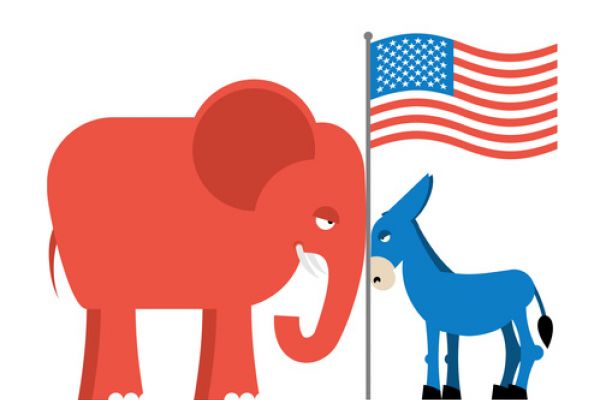 USD exchange rate hit the lowest point in three weeks on Friday and was on the way to record second week of losses in a row, as Biden is more likely to win elections, according to some polls.

Stimulus Package for US

The matter who wins the US presidential elections on November 3rd is quite important for the economy, not only in long-term perspective. In short-term it might be decisive on whether there will be an economic aid package for US economy or not. Now conversations between Donald Trump and the policymakers of the Democratic Party got stalled, after Trump canceled them for time after the elections. Even though some Wall Street banks foresees that no matter who wins, aid package will be voted on, they still claim the stimulus program is more likely to happen when Biden wins, if at the same time Democrats take over control of Senate. If Trump loses, the odds that Republicans lose Senate are higher, with 70% bets giving chance to Democrats to take over.

Expectations for the Democrat’s candidate to win grew higher recently. For example, UBS Asset Management assigns a 75% probability of a Biden win, also Reuters/IPSOS polling this week put Biden a bit ahead of Trump in five key states, such as Wisconsin, Pennsylvania, Michigan, Florida and Arizona. These predictions have had a soothing effect on markets, as volatility went down and risk for appetite grew among investors, mending pessimistic approach to risk triggered by the trade war between US and China. Markets, including foreign exchange rates, are getting more confident about the elections, and a possible result is very satisfying to investors. Biden is a safer choice, not causing such turmoil in world of politics and finances like Trump. Investors in time of confidence and good political and economic situation tend to buy more risky currencies – they like to buy euros or emerging markets’ currencies, and sell Swiss francs, US dollars, Japanese yens or other safe-haven currencies.

As a result of this approach by investors and optimism of markets towards US elections, the USD exchange rate went down – against a basket of currencies by 0.3% to 93.30, generally down for a week by 0.8%. Benefiting from USD weakness was the Chinese currency, posting the highest daily rise in more than four years. Biden win might mean easier China-US relations, and thus Chinese currency goes up on better likelihood that a Democrat will take over the White House. The yuan went up 1.2% to 6.7112 dollars. The euro/dollar exchange rate was up 0.1% to 1.1776 dollars. Meanwhile, the Australian Dollar, known as being sensitive to risk on markets, went up 0.2% to 0.7186 dollars, meaning it is a bit higher for the whole week, even though monetary easing is expected to come soon, as the statement of central bank of Australia from Tuesday signaled. The British Pound was also higher versus USD – by 0.2% to 1.2961, and generally has enjoyed quite good exchange rate this week as Brexit deal seems to be edging closer.