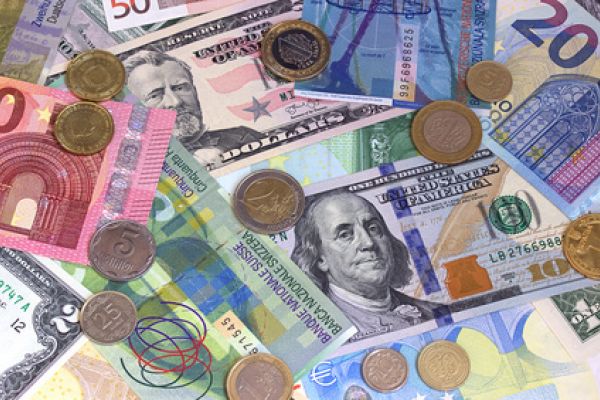 USD exchange rate versus other currencies hit two-month high on Thursday, as Europe, US are dealing with spike in coronavirus cases and FED appeals to US govt for economic aid.

On Thursday the USD exchange rate hit the level highest in two months. Dollar’s index measuring its performance against other six currencies, went up 0.1% to 94.50, a two-month high. So far this week it was up by 2%. On Wednesday, it wen up for fourth day in arow, as it traded at more than eight-week high, at level 94.385, up 0.43% comparing to Tuesday. Concerns around the world, in Europe and USA mainly, are growing over the spike in coronavirus cases, and the economies that are struggling. In such circumstances, investors turn to safe-haven assets, such as dollar, which is the most liquid currency in the world. Euro was the victim of the USD good run, as it fell 0.42% to 1.1657 dollars. During the day, in late afternoon, it hit the lowest point since July 27.

USD mainly benefited from European woes, as second wave of coronavirus cases go through Europe, and there are fears for resistance of euro zone economy. Additionally, USD exchange rate was boosted by FED’s policymakers appealed to US government to give more fiscal aid. US FED Vice Chair Richard Clarida said on Wednesday that the U.S. economy remained in a “deep hole” due to lack of new jobs, weak demand, and thus action need to be taken. He also added that policymakers “are not even going to begin thinking” about higher interest rates until inflation gets to 2%.

No Appetite For Risk

This made investors feel like selling risky assets, e.g. sell euros, and buy safe-haven assets, e.g. buy Swiss francs. Slowdown of business activity in euro zone in September and new restrictions imposed in Europe that are hitting hard services industry on the continent effectively turn away investors from appetite for risk. Previous optimism on economic recovery and beating virus disappeared in September. There could be felt disappointment on markets and among investors. Some experts also claimed that lack of clear indication in FED’s comments has triggered more demand for USD. Investors were hoping for more specific comments form FED’s policymakers on medium, long-term goals. Meanwhile, FED’s members still are ambiguous in their comments. This makes investors that had short position on USD in last few months, unwind positions, seeing FED’s gentle comments as opportunity.

In other news, the Australian dollar fell 0.45% to 0.7042, to the nearest point since July 21.  Some investors have been observing closely recently the Australian and New Zealand dollars’ exchange rates, that were under pressure due to high expectations that national banks would come forward with monetary stimulus. Additionally, a decrease of prices of commodities will most probably increase risks for these currencies. Apart from USD, other safe-have currencies, like the Japanese yen and the Swiss franc, also kept strong positions. Meanwhile, the British pound was once recording losses, to hit gains in other moment, but generally was above 1.27 USD in exchange rate versus dollars, as Great Britain has announced its plans to protect employment in times of COVID-19 pandemic.