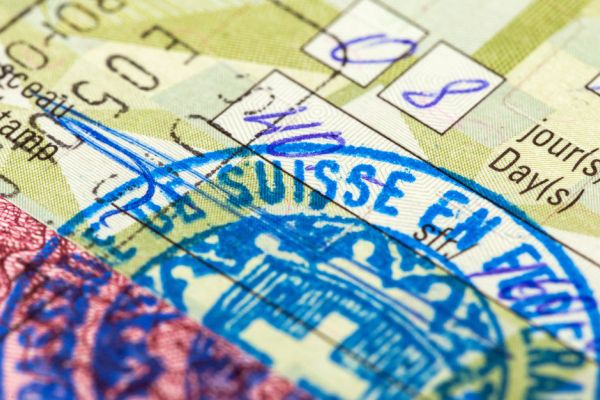 Swiss To Decide on Labour Deal with EU

Swiss will decide on September 27th whether to scrap a labour deal with the European Union or not, as right-wing part took initiative yet again to restrict immigrants’ access to the country.

On September 27th Swiss will vote on five issues, one of them will be the future of the labour deal with the European Union. The initiative to vote on it was launched by the right-wing Swiss People’s Party as a response to refusal of the Swiss Parliament to implement immigration quotas as approved in vote in 2014. Other conservative groups are backing the voting, like Campaign for an Independent and Neutral Switzerland. For immigrants, cross-border workers voting on this will be very crucial, but also it can shape future relations between the European Union and Switzerland, which is not a member of the union. The EU remains the most important trading partner for Switzerland with 60% share of market, way ahead United States with 12% and China with 6%, as data in 2018 showed.

What Is at Stake?

The initiative aims to force the Swiss government to suspend bilateral deal with the EU on the free movement of people, which is now in force. In exchange Switzerland will regain full control of its policy on immigration, but the deal has to renegotiated in next 12 months or scrapped altogether, as those behind the initiative to vote on it claim. The current agreement with the UE guarantee both sides – residents of 27 member countries of the UE and of Switzerland – free access to each other’s labour market and the right to choose place of residence. Under this accord residents of other countries can come to leave and work in Switzerland or just become cross-border workers living abroad but commuting to work to Switzerland. When the deal is scrapped, immigration from the EU will be limited, but also other deals on trade, transport and research that are part of package of seven bilateral agreements agreed with the EU back in 2012, will become invalid.

In Favour of the Initiative

Those in favour of the initiative – right-wing parties and organizations – claim that current deal is putting pressure on labour market, including job posts and salaries. As a result of many immigrants coming to Switzerland, promoters of the initiative argue that rents for houses are overvalued and public transportation is overcrowded. Schools are also overpopulated. There are also traffic jams formed on commuting roads by cross-border workers. Additionally, they blame foreigners for abusing welfare system of the country and for many crimes. They also claim Switzerland should be able to make on its own immigration policy and that concerns for relations with the EU after scrapping this agreement are exaggerated.

Meanwhile, opponents of the initiative are concerned of consequences for Swiss economy, mainly small businesses, as erasing labour deal will affect many others bilateral agreements. As a result, legal uncertainty will linger on trading and other relations between the EU and Switzerland. Opponents also argue that Swiss citizens will lose right to live in the EU and work there either as immigrants or cross-border workers, if the deal is annulled. Between Brussels and Switzerland relations can become very strained. Against the initiative are trade unions, cantons, business community, broad alliance of civil society groups, as well as centre-right, left parties forming majority of the Swiss parliament and the government.