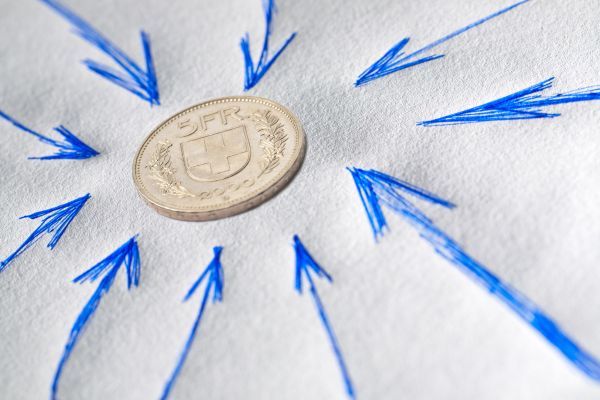 After the SNB raised interest rates by 50 bp in December, further raises are expected. In recent months the bank has also been active on forex market.

The Swiss National Bank has raised interest rates by 50 basis points back in December, in line with experts’ predictions. In total it has raised them in 2022 by 175 bp, as they are at 1% now. Previously they were hiked by 75 bp in September and 50 bp in June. The bank is trying to fight off inflation and its pressures on the market. What is interesting in the eurozone last year rates were hiked by 250 bp and in United States by as much as 425 bp, but inflation in these areas is much higher than in Switzerland. Further raises are predicted by market analysts. The next decision on that is due in March.

Active on Forex Market to control the CHF exchange rate

In November inflation was at 3%, which is still low comparing to other countries. But for Swiss standards its high, as the goal of the SNB for inflation is in range of 0-2%. Even though inflation stabilized a bit, falling from 3.5% level reached in August, it is still well above the target. Why inflation in Switzerland is lower than in neighboring countries? It is de to a mix of lower share of energy in consumption and good price of Swiss franc which limits the impact of imported inflation.