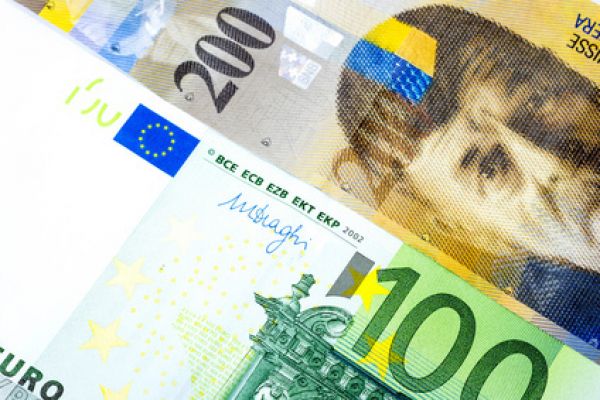 Swiss Franc is getting stronger in the first week of 2020

The Swiss Franc exchange rate is going up against most currencies. On Thursday  other currencies regained ground versus CHF with higher risk appetite shown by investors.

The Swiss franc has reported gains in new year versus many currencies, as investors are still eager to buy Swiss francs. Especially well the Swiss currency was doing comparing to USD – USD/CHF exchange rate pairing hit the lowest point since January 2015, on Monday, January 4th, and went down 0.22% on Tuesday, January 5th.  On Thursday, US dollar strengthen after investors bet that US Congress would enable President-elect Joe Biden to start heavy borrowing and spending program. Also, EUR versus CHF reported some gains, going up to 1.0856 francs. Generally, nowadays on markets there is observed a little appetite for risk with some higher demand for Australian dollars, for instance, but at the same time safe haven currencies are doing very well. Among them the Swiss franc, that ended last month with a 2.5% gain, despite interventions of the Swiss National Bank that is trying to stop its exchange rate from getting too strong. The stability of CHF versus USD or EUR can’t be preserved neither with interventions nor with record low interest rates.

Switzerland reported better than expected manufacturing PMI (Purchasing Manager Index)  for December at 58.0 points, up from 55.2 before, while the consensus estimate was at 54.4 points. It was the highest level since September 2018. Manufacturing industry was doing very well throughout the second half of 2020, which bodes well for the results in the beginning of 2021. To thank for that are good export results and brilliant conditions in Asia. The global economy is starting to recover, and so does a Swiss one. Better performance of manufacturing sector has been observed since April, when it hit low level due to the first wave of COVID-10 pandemic and imposed lockdown of the economy. During autumn’s second wave of cases supply chains remained untouched with north Asia having pandemic already under control and operating smoothly. Swiss industry relies heavily on export to Asia, but also to German automotive industry. Even though some sectors, like service one, is now reporting worse results, generally manufacturing industry is not showing any signs of slowdown, like it did during spring 2020.

Inflation Not So Good

Manufacturing PMI was surprisingly good, but Swiss inflation number came as disappointment. The December CPI was minus 0.1 per cent, meaning back-to-back decline. Since March last year, a time prior to the COVID-19 pandemic peak, there has not been reported any gain of CPI. Switzerland is struggling with deflation, and annual average inflation for 2020 was at minus 0.7 perc cent, which means domestic activity was weak due to difficult economic conditions.