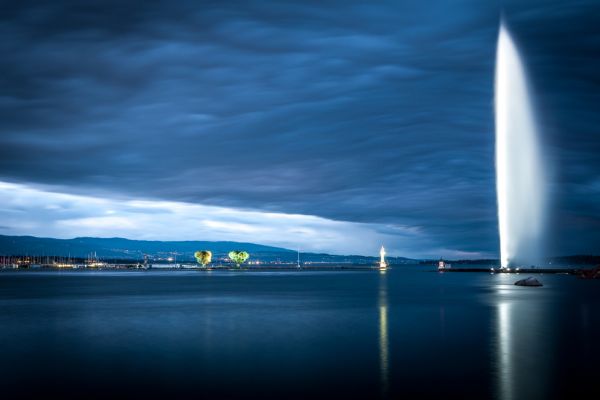 Swiss Banks May Face Issues, Economy Crisis Is on the Cards due to Covid-19

The Covid-19 pandemic is taking its toll on Swiss economy with the worst crisis since 70’s predicted. Swiss banks so far are doing well, but might also face issues in next months.

So far Swiss banks have done relatively good in times of pandemic of Covid-19, but difficult times may be ahead of them. The Swiss National Bank has warned in its annual Financial Stability Report that three major threats are ahead of Swiss commercial banks in coming months: financial market volatility, negative rates that are being kept at negative level and the increased risk of loan defaults. How the situation will be like depends on the evolution of the pandemic and the response to it by banking sector, companies, authorities and households. The biggest uncertainty is how many companies and household will default loans in the near future. The outlook is fragile and there is a lot of uncertainty, according to the SNB vice-chairman Fritz Zurbrügg, who commented the situation at a media conference on Thursday.

Banks in Times of Pandemic

Switzerland has 237 banks, and in recent months they managed to face the difficult situation of the pandemic thanks to tight regulations of the past decade that forced them to put aside a lot of liquid assets in case crisis comes. Five of banks, USB, Credit Suisse, PostFinance, the Raiffeisen group and the Zurich Cantonal Bank, are so big that there is low risk of them failing. In recent months many banks have issued more credit than normally to help businesses that are struggling. Since middle of arch 130,000 bridging loans have been issued for a total amount of CHF15 billion (as per latest average exchange rate around 15.8 billion dollars). The SNB guaranteed the payout of CHF10 billion of that sum. However, in the near future loans might not be so popular among companies and households. Also, mortgage loans might be under pressure if companies face financial woes and many people lose jobs in the aftermath of the pandemic. The SNB thinks the resources that banks have managed to put aside to cope with potential crisis should be adequate overall, but some banks may incur losses.

The SNB decided to keep negative interest rates to keep alive its ongoing bid of stopping the CHF exchange rate from getting too strong against the other currencies. It announced that it is keeping its monetary policy unchanged on Thursday. Rates stay at minus 0.75%. At the same time, the central bank is undertaking interventions on the currency markets as investors are eager to buy Swiss francs, being a safe haven assets. Such demand is causing the rise of CHF exchange rate, and thus the SNB has to step in. The bank has stated the pressure on the exchange rate of Swiss franc has lowered a bit since mid-May.

The government predicts the worst crisis in Switzerland since 70’s. In 2020 the gross domestic predict is expected to drop 6.2%, according to State Secretariat for Economic Affairs (SECO). The SNB believes that the economy will partially recover in the second half of the year, but only in 2022 the Swiss economic growth is expected to match the results from 2019, before pandemic times. In 2021 the GDP is seen at 4.9%. The unemployment rate will rise to 3.8% this year with foreign trade damaged and lowers consumer spending. Swiss economy could lose more than 100 billion dollars due to pandemic.