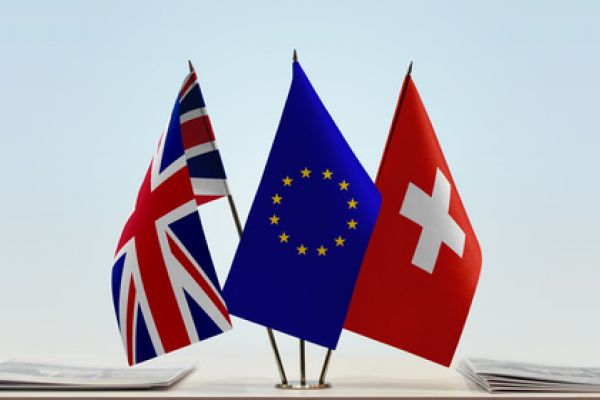 SNB worries about Brexit; Will the Brexit influence the Euro Franc exchange rate?

Prime Minister of the UK Theresa May failed to secure parliamentary support for her Brexit plan this week and as a result the leaving process of the country from the EU is now in limbo. The SNB expressed its concerns of the situation, whereas the Swiss Parliament gave green light for deals with the UK.

In the voting in the UK Parliament a Brexit deal, as prepared by Prime Minister Theresa May, was rejected. The defeat of May was enormous, as her Brexit deal was rejected by huge margin marking the largest defeat in the Parliament by a sitting government in history. As much as 432 MPs voted against the deal with only 202 voting in favor. Even though later on, the UK Parliament gave Theresa May a confidence vote, her situation is far from perfect. The UK faces now a very messy exit from the EU. May and her government tried to plan a moderate Brexit with the least harm for the country, but she failed. It is hard to predict what will happen now with the Brexit and how UK and EU will handle bilateral relations, trading, citizen’s rights etc.

After the fiasco of the May’s Brexit deal, the Swiss Central Bank expressed its concerns. It stated that the Brexit chaos will lead to sense of uncertainty in the financial markets. Sudden changes may appear on the horizon in the financial markets, as Thomas Jordan, head of the SNB said in a speech gave on Wednesday. According to Jordan, a well-prepared exit of the UK and negotiated with the EU would spread less volatility. The SNB so far did not decided to hike interest rates, even though many expert stated it was high time to drop the negative rate policy. Jordan believes acting too swiftly might cause problems if any steps would have to be reversed would the situation change.

New deals on the way

Switzerland, that is not a member of the EU, needs to sign separate deals with the UK that will be applicable after Brexit. Preparations are already under way, as two key bilateral deals were agreed on by the Swiss and UK governments back in December. These agreements are supposed to ensure that UK-Switzerland relations would not be very disrupted after Brexit. Especially when the exit from EU will be chaotic.

The Swiss Parliament Foreign Affairs Committee said in a statement on Wednesday that it gave a green light to the two bilateral agreements on trading and citizen’s rights. The committee decided to approve deals as in the worst case scenario of disorderly Brexit, they will serve as guarantee of following current rights and duties by both countries in terms of trading and citizens. Both of these matters are very important for Switzerland and UK. Around 43,000 UK citizens live permanently in Switzerland, constituting quite a big group of fore­igners among permanent residents and those temporary, like cross-border workers. Whereas 34,500 Swiss citizens reside currently in the UK. Trading between the UK and Switzerland was worth CHF17.5 billion (EUR 15.5 billion) in 2017. Also in 2017 the UK was sixth biggest export market for Switzerland, whereas a year before is served as sixth largest direct investor in the country.

For our customers, especially frontaliers and Swiss SMEs that are importing or exporting goods, a forecast of the Euro Franc exchange rate in relation to Brexit is important.  Frontaliers who want to buy Euro at a good exchange rate can count on a low Euro Franc course if the financial markets remain calm. At the moment they are waiting to see the next steps of the British government. As long as the markets remain calm it will be also good for the importing companies who can continue to get Euro for imports at a good price.

Independent if you are a Frontalier or SME, you can always check the Franc Euro Exchange rate on our homepage. If you want to buy Euro, please check our currency converter to compare exchange rates and make sure that you are buying euro at the best exchange rate in Switzerland. To start Changing euro and francs you can register at our online exchange bureau via an online form. Register today free of charge and start changing money online.