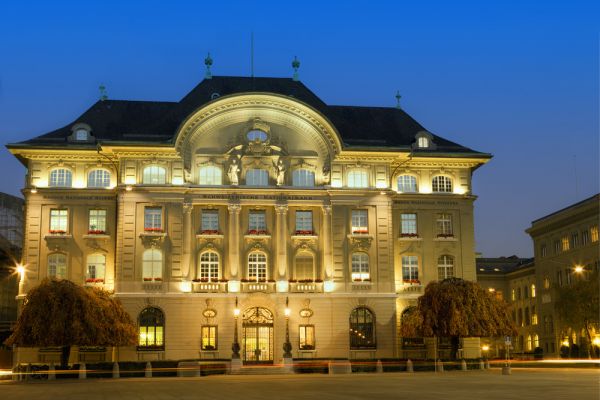 SNB Went Back to Repo in Dec. 19; CHF Stable

The Swiss National Bank turned to CHF repo transactions in December with the highest balance since 2012. Meanwhile, Swiss franc exchange rate was rather stable at the end of the week in times of coronavirus scare.

Data showed that in December the Swiss National Bank conducted repo transactions worth of CHF6.5 billion. The balance sheet for repo at the end of December was the highest in 8 years. Last time the SNB made so many repo transactions was in 2012, when it was fighting crisis. The move explains a steep rise in sight deposits, which is amount of cash held at the SNB’s accounts by lenders. Close observers of the SNB’s policy and financial statements, were surprised to see an unexplained rise in sight deposits, and new information about repo shed some light on this.

The SNB has turned at the end of last year to repo transactions to trigger more liquidity in the Swiss interbank market. The market had become a bit tight, after the SNB allowed financial institution to exempt more reserves, which led to increase in trading. Banks used some surplus cash that it sold to institutions that took benefit in extra exemption allowance from negative interest rates of central bank. As a result, sight deposits were on the rise – the other factor explaining this increase is higher demand for banknotes usually observed in December.

What Is a Repo Transaction?

A repo transaction is when one party sells securities to another and at the same time agrees to buy them back at a given date. The SNB, just like other central banks, for instance the US Federal Reserve, uses repo transactions to steer liquidity in the financial system, which results in managing the supply of liquidity to the country’s economy. Repos are short-term transactions with maturity from one day – in overnight repo – to maximum one year.

The SNB bought foreign currency, for e.g. within a plan to buy euros, on large scale back in 2009 and 2010, which resulted in substantial liquidity surplus in the financial system. From July 2010 to August 2011 the SNB had to absorb excess liquidity, and for that purpose it repeatedly made repo transactions, and also issued regularly SNB Bills. As the Swiss franc exchange rate became highly overvalued back in these days, the SNB had to change its liquidity strategy in 2011. With the help of repo and other measures, the central bank managed to achieve the massive increase in liquidity. Then it turned again to foreign currency purchases that were supposed to boost the exchange rate of CHF at 1.20 per euro – from September 2011 to January 2015, that led to further increase of liquidity in the banking system. In June 2012 the SNB stopped renewing repo transactions, and up until last December these were not conducted.

The interbank market’s tightness had triggered the Swiss overnight interest rate, called SARON, to hit high level of minus 0.62%. The SNB wants SARON to be at minus 0.75%, that is why it took action with repos. As of lately SARON traded at minus 0.71%. News of repo transaction did not influence much the CHF exchange rate. Last week, at first it was weak, as there was increased appetite for risk, and investor did not turn to buy Swiss franc or other safe haven assets. CHF exchange rate against the dollar was down by 0.36% on Jan. 29. On Jan. 30, however, fresh concerns of how coronavirus can influence global trading, pushed investors back from risk field to safe haven, and both Japanese yen and the Swiss franc exchange rate went up. On Friday these currencies were stable.