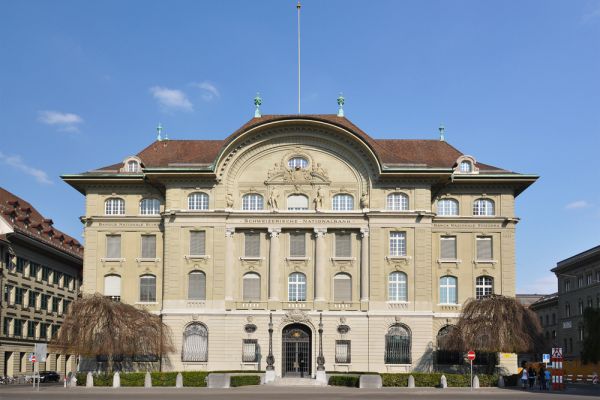 Report on Swiss banks condition in 2018

Commercial banks in Switzerland managed to hit higher profits in 2018, while mortgage loans reached CHF1 trillion level, as consumers took advantage of low interest rates – these are some of findings of the SNB report for 2018 on the condition of private banks’ – both domestic and foreign-controlled – industry.

The Swiss National Bank released a report on the country’s commercial banks’ condition in 2018. According to it, the profits of banks were higher than in the previous year. Out of 248 banks as much as 216 recorded any profits. All together banks’ profit was at CHF12.8 billion combined, which is by CHF2.5 billion more than in the previous year. Two giant players – UBS and Credit Suisse – together recorded CHF5 billion in profits versus CHF3.2 billion in 2017. The remaining banks – 32 of them – recorded combined losses amounting to CHF1.3 billion which is more by CHF700 million comparing to 2017. The mortgage loans hit the huge landmark – CHF1 trillion. This could be mainly achieved due to low interest rates that continue to be in Switzerland (and that influence the whole economy, including exchange rates) as they trigger consumers to take advantage and take more loans. Rates on Swiss mortgage went down to 1.45% by seven basis points, as the report showed. Whereas the average rate of interest on bank accounts declined to 0,12% by two basis points versus previous year, which means savings on bank accounts brought little return to Swiss consumers. Additionally, banks managed to save costs mainly be letting go employees.

Number of employees in banking sector

Banks managed to record costs savings mainly due to letting go of employees – the number of full-time posts fell to 107,388. The decrease of 1,547 of full-time job posts generated savings in the amount of CHF1.3 billion with majority of that figure booked by Credit Suisse and UBS. These two banks together had a decline of 1,257 in full time posts. Whereas the foreign-owned banks have reduction of stuff in 2018 of 1,000 posts.

The number of banks in Switzerland fell to 248 from 253 in 2018, another year of decline. Only one new stock exchange bank was formed, whereas one institution lost its banks status, one was liquidated, four were merged into other entities. As a result, there is one less stock exchange bank, one less private bank, two less regional and savings banks and two less foreign-owned banks.

Total value of domestic mortgage loans raised to CHF1,010.2 billion, by 3.6% versus previous year, and thus made up for 30% of balance sheet total.  Fixed-interest mortgage composed for 80% of total domestic mortgage loans. When it comes to liquid assets, their level remains very stable – down just by 0.3% versus 2017, to CHF509.7 billion.

Amounts due from banks were at CHF241.4 billion, which is CHF25.8 billion lower. The largest decline was recorded in the category of big banks – down by CHF14.1 billion to the level of CHF146.2 billion. Last year amounts due from banks fell in foreign and domestic categories, which had been something uncommon in previous years. Amounts due in respect of customer deposits increased by CHF26.7 billion or 1.5% overall, to CHF1,814.8 billion. This amount accounted for almost 56% of the balance sheet total. Trading portfolio liabilities declined slightly by CHF1.1billion to CHF33.4 billion.