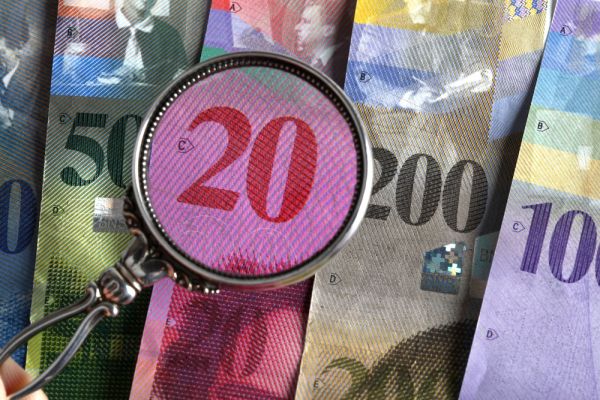 KoF Barometer Up but CHF Exchange Rate Not remains stable

KoF Economic Barometer recorded unexpected high levels in March, but the exchange rate of the swiss franc remained steady or weak versus other currencies.

The KoF Economic Barometer, which is a key indicator of business performance in Switzerland, is surging. This year it started with a disappointing level, below 100, the long-term average. In February it recovered to 102.7 level. But now the reading in March was at 117.8, which is the highest point since 2010! The street consensus was at 104.2. What has caused the impressive increase of the KoF index? The reason for the March spike was due to the strong gains in the manufacturing sector. There is demand for products made in Switzerland, which are exported around the world. As the global economy is expected to rebound and the COVID-19 pandemic is on the retreat in many countries, the export-ridden Swiss economy will be getting stronger and stronger.

The strong KoF, however, didn’t triggered better Swiss franc exchange rate. There were some expectations that CHF will recover after weeks of weaker performance, but those hopes were soon dashed. USD/CHF moved higher, remaining at a steady course, whereas EUR/CHF exchange rate consolidated, as it has been since end of February. A resistance at levels of 1.1077/1.1106 is expected by experts as risk sentiment among investors is growing. Meanwhile attention of much of Forex market was on the impact of US Treasury yields, that can be observed on currencies pairs with US dollar, but not with euro crosses. Prices of EUR CHF are foreseen to continue to fall for foreseeable future.

CHF Versus Other Currencies

The USD/CHF exchange rate has touched a highest level since July, 0.9426 Swiss francs, on Tuesday. On Wednesday during the day USD/CHF rate was up 0.35%, but generally trend is that the rate is steadying. Interesting situation is at emerging markets, like Poland. The Polish zloty hit the lowest level against the euro in 12 years – 4.65 zlotys, last observed in 2009. Meanwhile the Swiss franc versus PLN exchange rate was at 4.19 zlotys. It is worth to note, that back in 2008, when Polish banks were promoting mortgages denominated in Swiss francs and many consumers fell for that, the Swiss franc was worth just 2 zlotys. Very low rate of Polish zlotys is due to the gentle stance of Polish central bank to keep low interest rates while inflation rate in Poland is now one of the highest in Europe. It is approaching to 3 percent. Still, the National Bank of Poland is ruling out any interest rates hike in the near future.