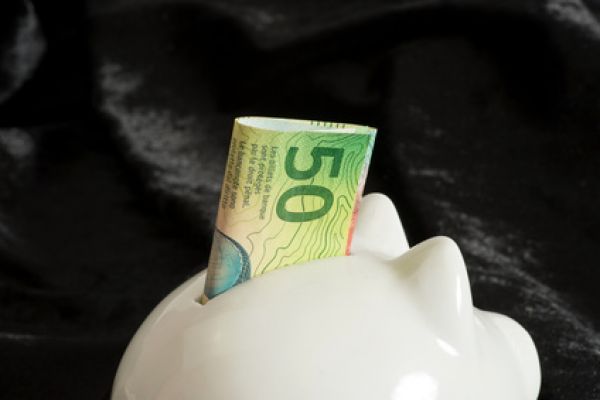 First Hike in Swiss Wages in Three Years in 2020

First in three years rise of real, average wages is expected in 2020 in Switzerland – by 1.1% pre-inflation and 0.9% taking inflation into the account. Surely it will further establish Switzerland’s position on the list of countries with highest-paid workers globally.

For the first time in three years Swiss employees – both residents and cross border workers – will experience a rise in real, average wages. Such are the results of the survey made among companies in the country. Forecasts show that employees on average will receive 1.1% more in wages, which taking into the account inflation means a real 0.9% rise in wages. The survey was made by Lohntendenzen.ch, a web portal that specializes in analyzing trends in salaries in Switzerland, and reported by NZZ am Sonntag newspaper past Sunday.

Which Companies Give the Most?

The research shows that companies allowing employees to participate in profits, this year gave away a record sum. Top 20 companies in Switzerland together gave dividends of CHF40 billion, a record figure. Involving employees in success of company is becoming a trend, according to the author of the study on Swiss wages, Andreas Kühn. Companies are eager to share profits, as they are earning more – good economic environment has influenced a sharp rise in profits of Swiss companies, especially the top 20 ones. Also triggering the better wages is the low unemployment, standing at just 2.1%. Moreover, apart from earning better, Swiss employees are benefiting from being able to take longer holidays than ever before and work flexible hours, as the study shows.

Not Equal in Every Industry

Obviously, the hike of wages won’t be the same in each industry, as it all depends on the unemployment rate, the number of specialized employees, cross border workers and the economic conditions in a given branch. The highest rise of salaries will be observed in IT business – a 1.3% one, chemical and pharmaceutical industries – 1.1%, as well as among banks and insurance firms – 1%. In which industries employees should not expect significant rises next year? Hospitality industry is forecasted to give only 0.3% more in wages, whereas teachers shall receive real wages’ rise of 0.4% on average.

One of the Best-Paid Employees on the Globe

Switzerland has long been among countries with the best-paid employees (including cross border workers, that are very numerous in the country and significantly add to the statistics) in Europe and globally – and three years period of no-rises in real wages didn’t hurt its position. Switzerland is leading on the Old Continent with wages at CHF96,000 annually on average, and second in Denmark offers just CHF63,021 (as per exchange rate). The top free is closed by Norway with CHF59,713 in average wages per year. The least paid employees in Europe are in Portugal and Greece with just CHF22,630 and CHF25,132 average salaries annually, respectively. There were 18 European countries taking part in the survey conducted by Willis Towers Watson consulting firm.