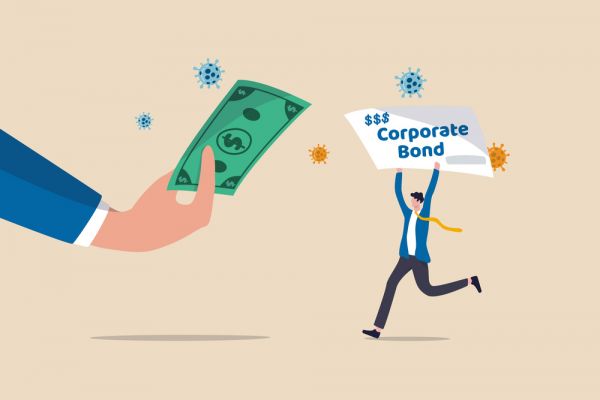 The euro exchange rate stabilized on Tuesday against the US dollar after Federal Reserve announced plans to start purchasing bonds. Meanwhile a scare of new wave of infections of Covid 19 influenced also forex market.

On Tuesday Fed starts buying corporate bonds under the plan of previously announced stimulus scheme. It also launched special project for businesses: Mains Street Landing Program. Such actions, proving that central banks are supporting markets or helping liquidity, are very welcome by investors in times of uncertainty. It triggers more risky sentiment when it comes to investments. Additionally, what fueled investors eagerness to take more risk was the Bloomberg News reporting that the US President Donald Trump is considering an infrastructure program worth astonishing 1 trillion dollars to boost the economy. Report cites the anonymous sources. Altogether such news reinforced a belief on markets that authorities around the world are determined to help the economy recover quickly. The next event that will be widely observed is Jerome Powell, Fed Chairman testifying before the Senate Banking Committee, where some hints about further Fed actions might be provided.

In the aftermath of Fed’s decision that trigger investors’ confidence, the euro’s exchange rate was flat on Tuesday, finding its ground after a couple of rough days. Traders previously were caught by fear that the second wave of infections of Covid 19 is imminent, which make them less prone to buy euros. New cases re-appeared in Beijing, China forcing authorities to limit movement in the city. The stabilization that came on Tuesday saw EUR hitting 1.1316 dollars. This month EUR already rose by 2%, and is close to the level of 1.15 dollars, this year highest point. In the eurozone, especially German investor sentiment is on the rise, as the survey on Tuesday showed, as there are hopes that worst downturn in the economy is over.

At first, in the morning during Asian session, USD has slipped, but later on with European investors joining the market, it has stabilized, just like euro and other major currencies. The general sentiment on exchange rates market was neutral. Previously, on Monday, the USD fell in the afternoon trading after Fed’s announcement that sent safe haven currencies lower. Apart from mainly considered as safe haven CHF or JPY, the most liquid currency in the world, US dollar, is also the one to which investor turn in times of trouble. The US dollar index measuring its performance against other six major currencies, went down 0.47% to 96.73. Against the euro USD was lower by 0.52% to 1.131 dollars, and versus British pound it was weaker by 0.36% to 1.259 dollars. Against the Japanese yen it remained flat at 107.33 yen, and on Tuesday stayed neutral with 107.28 price. On Tuesday the Bank of Japan stayed loyal to its policy and kept monetary setting unchanged, which is a sign that authorities believe enough was done to support the economy  in fight against pandemic consequences, at least for now.