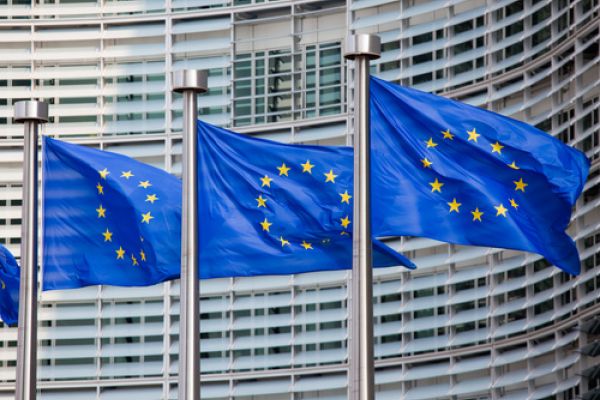 ECB: No Rate-Cut After Tense Meeting

Last meeting of the European Central Bank is said to had been quite intensive with some policy makers opposing to keeping the rates below zero, and pushing to acknowledge damaging effects of negative rates in a statement. In the end, no such thing happened.

Last week in Frankfurt the European Central Bank’s governing council decided to keep the rates unchanged. It was the first decision under new leadership, as Christine Lagarde took over from Mario Draghi. The deposit rate is currently at record low level of minus 0.5%. The decision was in line with the market’s expectations, but policy maker’s meeting is said to had been very intensive, as one third of the 25-member council was against the decision to keep low rates, revive quantitative easing program and propose looser terms for long-term loans to commercial banks. First cut of the rate below zero was made in 2014, when Draghi was the ECB’s President. The idea was to boost investment and spending, while simultaneously fighting off deflation. At the last policy meeting during Draghi’s term in September this year rates were cut once again to minus 0.5%.

At the meeting the ECB also forecasted the GDP growth for the euro area at 1.2% at the end of 2019, 1.1% in 2020 and 1.4% in 2021 and 2022, which marks a revision of 0.1% up for 2019 and of 0.1% down for 2020 comparing to outlook from September. The central bank also informed that it has started purchase of assets program back in November. The bank decided to buy euros at monthly rate 20 billion. The purchase of assets program will continue as long as it is necessary, according to policy makers. Upon the announcement made after the policy meeting, the euro exchange rate against the dollar was at 1.1132 dollars.

There are rumors circulating that some policy makers had wished that Lagarde’s statement included some reference to the bad influence the negative rates have on the economy. However, according to those familiar with the matter, after a brief debate it was decided that such a strong statement after first-ever Lagarde’s policy-making meeting could be overinterpreted by investors and lead to some bold decisions (buy euros/sell Swiss francs or other safe haven assets in huge amounts)

Even though policy makers decided to withdrawn from adding reference to negative influence of negative rates, the fact that it has been discussed further underlines the gravity of tensions surrounding the negative interest rates in Europe. This is becoming an issue, with many banks, financial entities and pension funds complaining for a long time now that subzero rates are hurting their businesses, forcing them to shift raising costs to clients and looking for illiquid investments to make better returns. In Germany that is a very orientated on savings nation, the negative rates, which makes it hard to save and gain profits, are becoming a political issue. Many media outlets and politicians are railing against the ECB’s policy.

Aware of the Negative Effects

Lagarde eventually will have to face the issue of the negative effects of below zero rates on the European economy. When asked about it at the press conference after the ECB’s meeting, she stated: “We are very aware of the side effects. The side effects are a preoccupation. There is no question about that and we would not be doing our job if we were not monitoring and being extremely attentive to that balance of cost-benefit of such measures.”