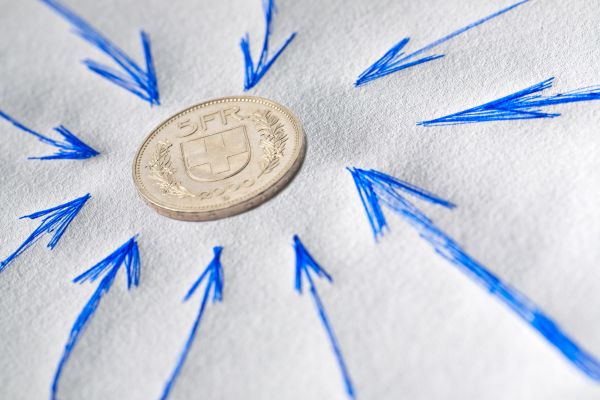 The Swiss franc has hit 11-month high versus the euro and is set for more gains – due to higher inflation and the central bank policy.

The Swiss Franc exchange rate has been very strong recently, hitting 11-month high versus the euro. Totally it firmed 4.6% than the 18-month lows hit in the beginning of the 2021. Just since middle of September CHF exchange rate went up by 2.6% versus the euro. CHF remains strong also versus USD, hitting six-week high and growing totally 3% this year. Further gains are predicted due to few factors, among others higher inflation and Switzerland’s central bank becoming more tolerant of good exchange rate of CHF. The reasons for CHF strength is not solely due to its safe-haven status, according to experts. Speculators buy Swiss francs and hold them now for longer time as they expect some flare up in markets.

The rise of CHF is coming at convenient time for the SNB, as soon US Treasury will publish its newest report on its trading partners’ currency policies. In April’s report it claimed that Switzerland is meeting criteria of a currency manipulator, but the country was not labelled one. Since then, the Swiss National Bank has sharply decreased its interventions on the currency market. Until recently it completely avoided strong market interventions, but as the CHF firmed by 2.6% since mid-September, the SNB decided to step up its interventions for the first time in six weeks. However, experts are sure that the SNB will try to keep its hand off the exchange rate market. One reason for that is the fact that there is rising expectations on the market that interest rates will be raised in some future, as other central banks are heading towards such decision, like the FED or the Bank of England.

The exchange rate of CHF is not currently a problem for the SNB, as claims market specialists, and there is not observed a deflationary pressure. The inflation in the country is at two-year high level of 0.94%. This higher inflation could be another factor triggering the hike of interest rates by the SNB. Even though as of now the SNB sticks to its record low negative interest rates, this could change by the end of 2022. The central bank would need to act especially if inflation moves faster and hits stability target as defined as below 2%. Money markets are pricing a 15 basis-point rate rise by the end of next year, which is more than what is currently expected from the European Central Bank.