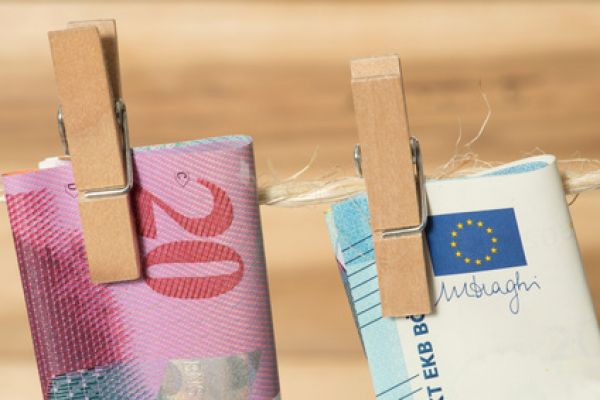 After an Euro on a long time low in the morning it slightly rises at the end of the day.
The Euro was this morning at its lowest point against the Swiss Franc. With an Euro Franc exchange rate of EUR CHF 1.11837 it was the best Euro exchange rate for the swiss frontaliers since September last year.

Bad news from the US Markets.

The reasons for the stronger Euro are predominantly the bad news from the US. The Manufacturing Index ISM had the biggest decline since a decade. It is a important indicator that reflects the condition of the US Economy.

However it all began today with bad news from Apple – one of the biggest US companies. The company known for its iPhones has published new Data estimations for the fourth quarter loweing the expectations for turnover by 10%. The bad news has hit the exchange rate which dropped during the day over 8%. It is a continuations of a negative trend which last since October last year, during which the company lost over 400 Billion US Dollar in market cap – more than the value of some of the 10 biggest companies. This news had a general hit on the stock markets.

Additionally there are still political tensions that have an important effect on exchange rates. It is still uncertain how the trade conflict between the US and China will evolve. And new conflict are rising up, like recent declarations regarding a reunification of Taiwan with China are showing.